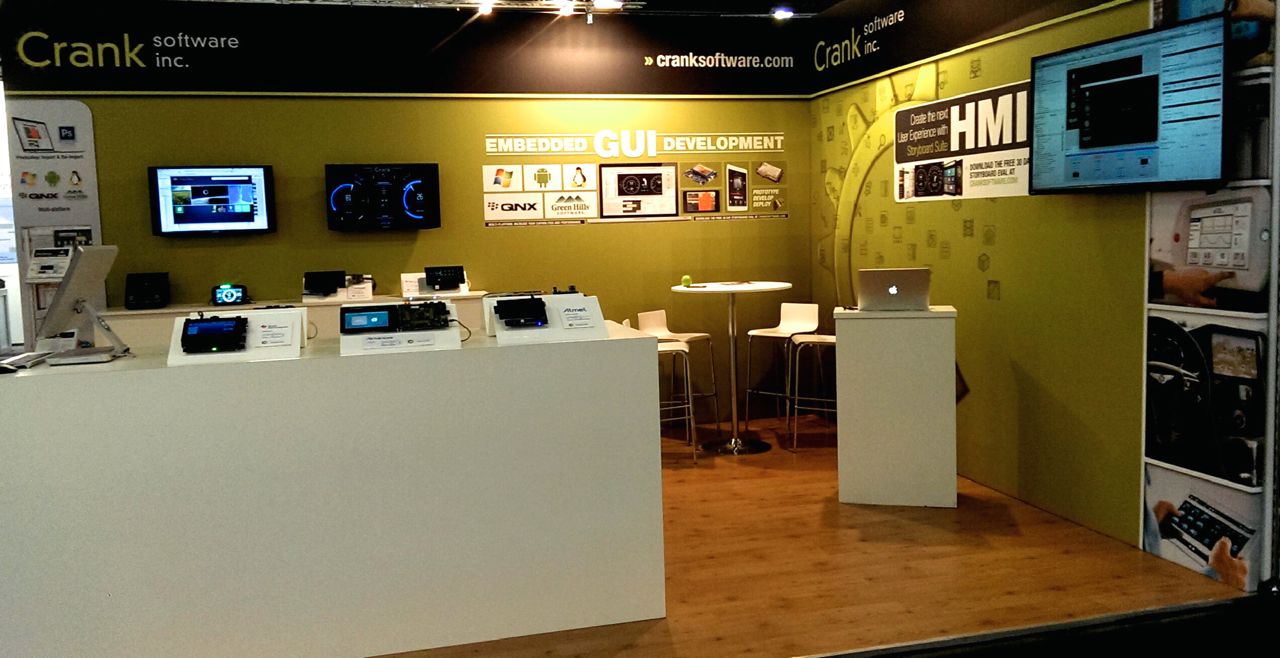 Just a quick update from Day 1 at Embedded World 2015 - more of a photo blog today. Pictures are more fun anyway. (As the Crank writer, it pains me to write that.)

The buzz at the show is all around the Internet of Things, or the IoT. We were spreading the word of Crank Storyboard Suite being the GUI of Things, because the end nodes of the IoT ecosystem often require devices with interfaces. The GoT just might catch on. The GUIot perhaps?

The booth, before the exhibition opened yesterday. We packed 10 demos in the booth and 2 stations for showing off Storyboard Suite. 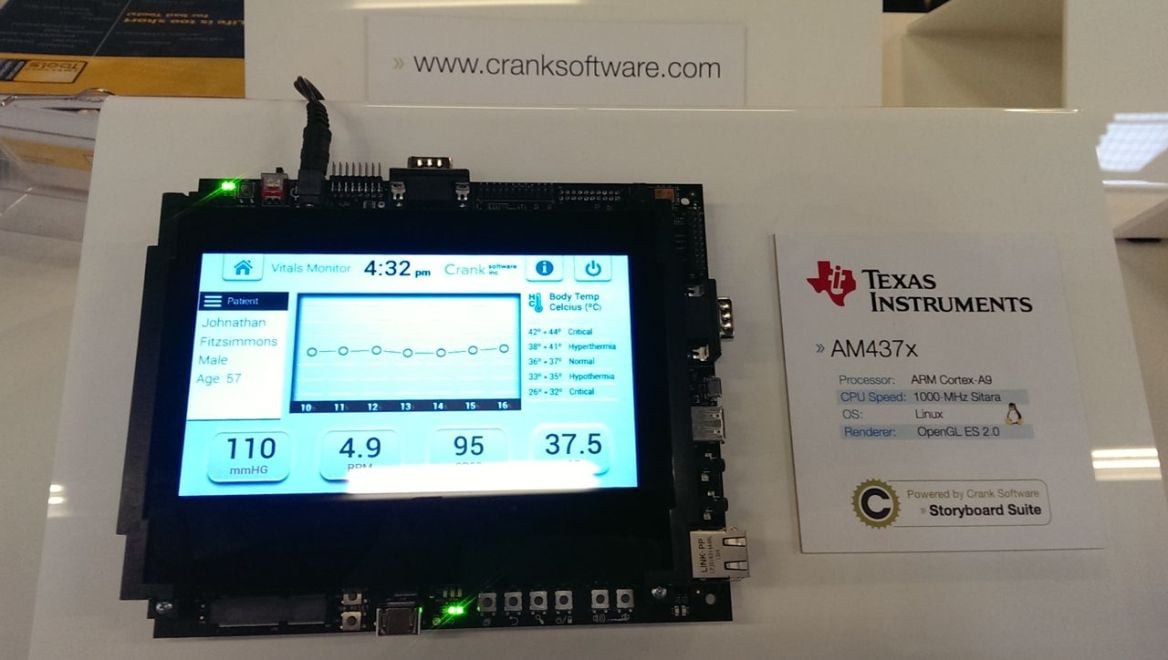 Medical demo running on Linux on the TI AM437x

Home security demo running on Linux on the Renesas RZ/A1 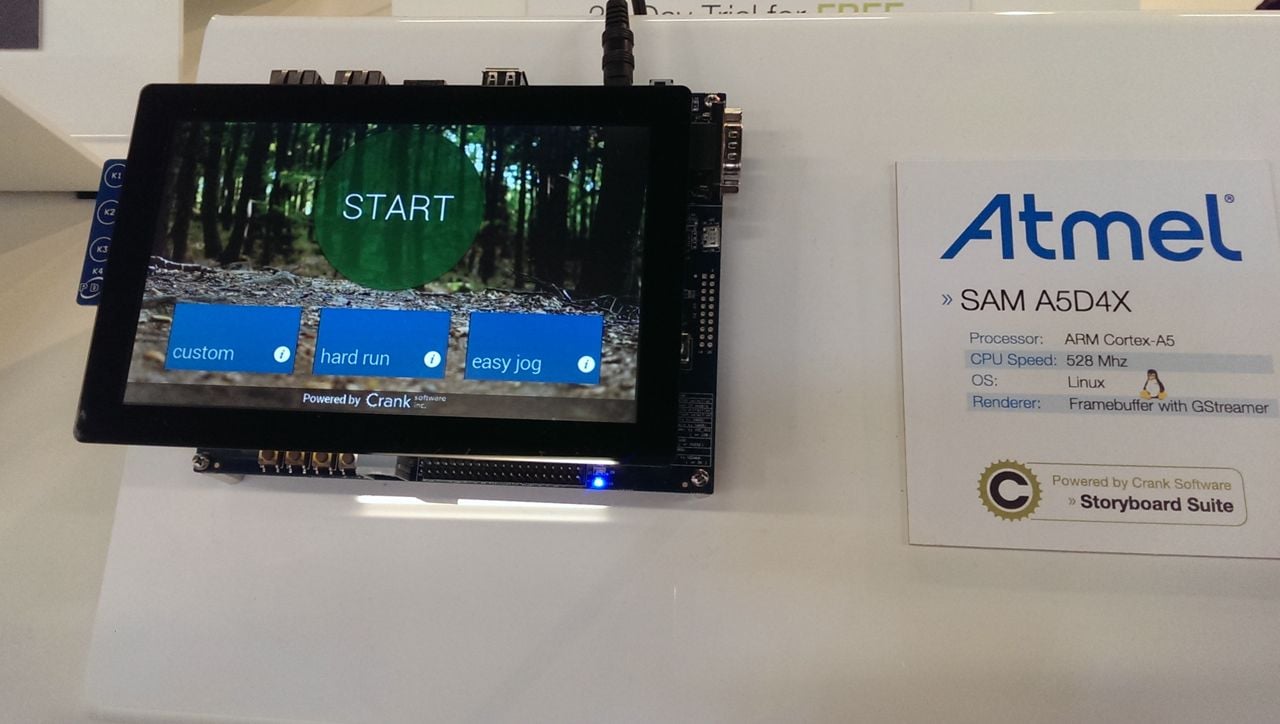 Washing machine demo on Linux on the Fujitsu IdeaBoxx 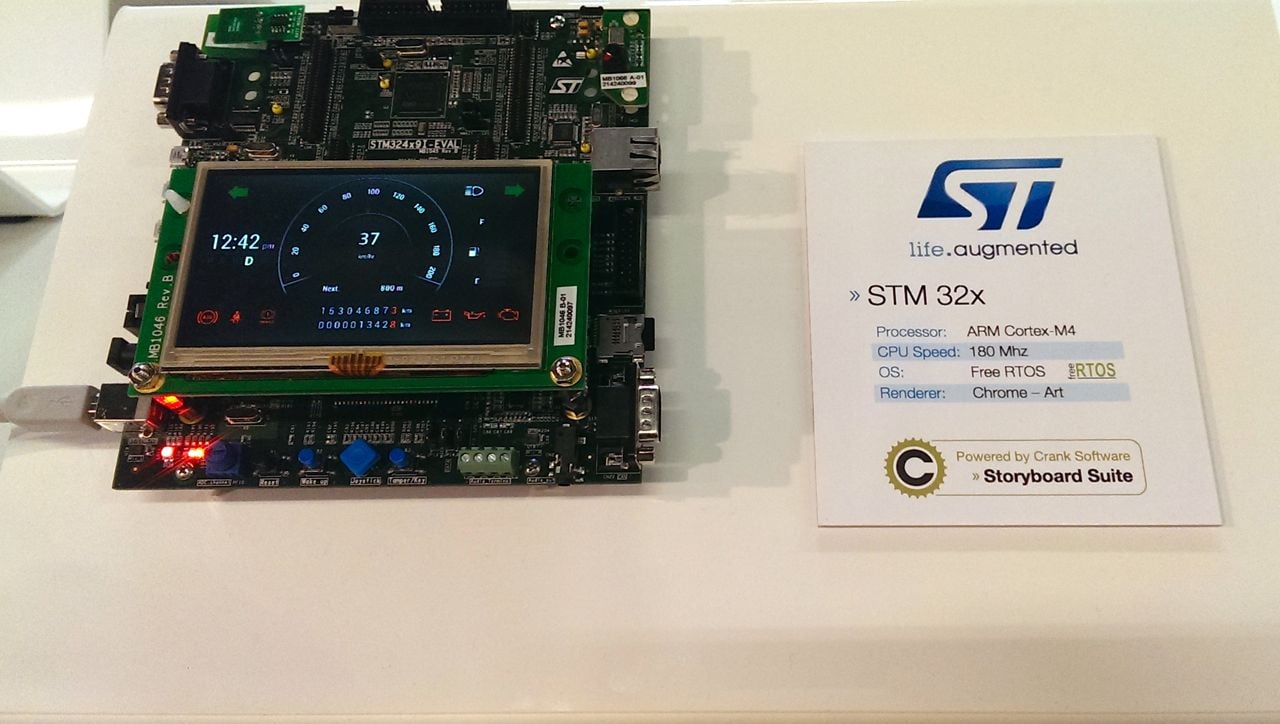 Automotive cluster demo running on FreeRTOS on the STM32x

To see photos of Crank Storyboard Suite in our partner's booths, check out the coverage from Day 2.