To Zune or not to Zune

As many of you know the Microsoft Zune HD was released last week. You have to give Microsoft credit as they are persistent. The original Zune was released in 2006 and hasn't taken any respectable bite out of the portable music market pie so far. Any other company might of thrown in the towel and moved on to something else or focused on their core competencies. Not Microsoft. The Bean Counter commercial sums up Microsoft pretty well. :)

I was reading an article called From OLED to Tegra: Five Myths of the Zune HD by Prince McLean the other day and it was an interesting read. I've never had a Zune or had the opportunity to review the new Zune HD but this article had a comment or argument for every new feature that Microsoft is pushing to get people interested in the new iteration of the Zune.

The one part of the article that I could relate to was their software platform. I've been in the embedded industry for 10+ years and during that time when talking to customers the same story was that winCE was an interesting beast to work with.

I'm actually just going to quote the article to get the point across ...

"Despite being first and foremost a software platform vendor, Microsoft has a schizophrenic history in delivering a mobile software platform. The Windows CE foundation that the Zune HD is built upon is regarded as a joke throughout the industry, even by Microsoft's own developers. Windows Mobile, which delivers an additional layer of software on top of the Windows CE kernel to support PDAs and smartphones, is also scoffed at. Given its dismal performance in the market over the last decade, that reputation is well earned."

The issue the customers had was that every time a new version of winCE was released it wasn't compatible with the previous version. Managing all these different software platforms was a nightmare. Especially if you had numerous devices released all with different versions of winCE. Bug fixes and product updates were frustrating. Many customers started evaluating other platforms at the time when a new version of winCE was released as it was basically the same process. Since the new version wasn't compatible with the older one, the cost to migrate or port to the new version was equivalent to moving to a new platform.

Imagine trying to explain to your CFO why development costs are so high every time a new device is released? Well I guess you could just have an advertising campaign to make it all seem right ;) 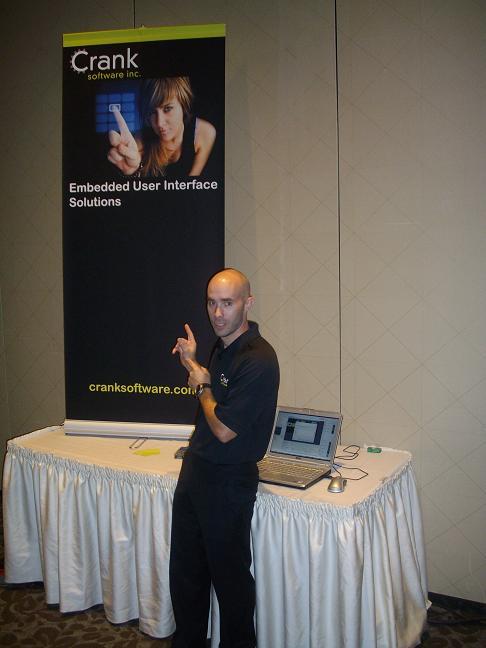 Stop having a boring life.