Developing Your Next Thread Based Smart Home IoT Device 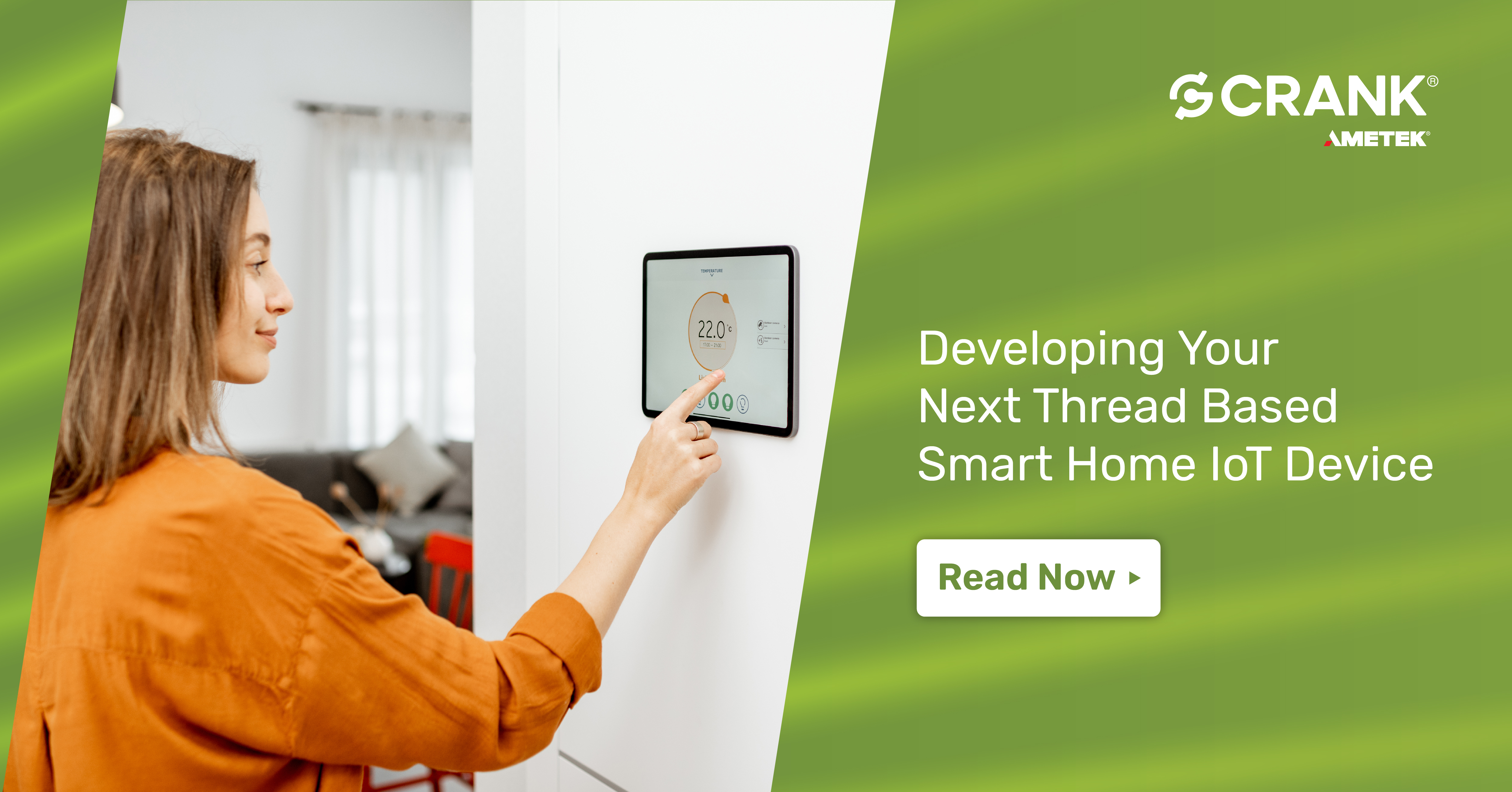 When it comes to creating a smart home, chances are you already know about Zigbee and Z-wave, but do you know about "Thread"?

It is the recent additions to smart home technologies aiming to enhance the existing mesh networks by solving some long-standing issues such as range, power consumption, and failover.

After Apple's launch of the Homepod mini in November 2020 , Thread has gained a lot more traction. Understanding what Thread protocol implies and what it can add to your smart home setup can help you shape your home in a much better way.

So, Let's know more about Thread smart home and learn what makes it different from other existing smart home technologies.

Thread is a low-power, low-latency, self-healing mesh networking protocol where all devices on a single mesh can speak to each other. It solves the significant complexities of the IoT-based smart home and addresses the challenges such as interoperability, range, security, energy, and dependability.

The Thread Group Alliance, established in July 2014, aided Thread in becoming an industry standard by providing Thread certification for products. Its board consists of executives from companies like Apple, Amazon, Google, LG, and Samsung.

Thread uses 6LoWPAN, the most recent version of the communications protocol with mesh networking. Thread devices integrate seamlessly with larger IP networks and do not require proprietary gateways or translators. In addition to this, some of Thread's significant advantages is that it has no single failure point. The low power requirement enables Thread devices to run on batteries for a long time, and according to the Thread Group, a Thread network can support up to 250 devices. These devices communicate directly with each other via Internet protocol, regardless of their connectivity technologies, be it Ethernet, Wi-Fi, or 5G, allowing you to control your home appliances remotely.

How is Thread Different From Zigbee and Z-wave?

Unlike Zigbee and Z-wave devices, Thread devices create a mesh network. Every gadget is an access point or node, and they communicate with one another rather than communicating only with the main access point. The more Thread-enabled devices you connect, the bigger and stronger the mesh network becomes. As a result, you no longer need a third-party hub or service, such as Alexa, IFTTT, or Siri, to allow devices to communicate with each other. Devices start to trigger one another, so you don't have to control them manually via an app or voice assistant.

For example - you can put your lights on schedules to turn off when you usually sleep, turn on the lights and start the coffee machine once you wake up; you can also have your thermostat turn the A/C up about an hour before you return from work, door locks once you step out of the house, and many more. Not only this, but Thread connected smart home can also lead to more excellent safety with IoT-based and establish a reliable mesh network where your home appliances communicate with each other with no single point of failure.

Thread is Different From the Existing Protocols!

Thread is a low-power version of the IPv6 internet communication protocol called 6LoWPAN.  It runs on the IEEE 802.15.4 MAC/PHY radio standard. With low power consumption and low cost, this standard is the basis for 6LoWPAN. Using IPv6, Thread enables all existing smart home devices to communicate with each other, even from different manufacturers. So, there is no need for IFTTT for your smart devices, enabling them to work together. Even a single AA battery in an IoT device connected to a Thread network can last for years without further charge or replacement.

Thread is very secure! It uses the Advanced Encryption Standard (AES) encryption and adds cryptology from the banking assiduity. So, unlike traditional wireless networks, security is a vital feature of Thread. And when you use security, hackers will not be able to penetrate your network through "dumb" bias.

A Thread-based Smart home IoT device is driven by the desire to enhance people's lives by giving them new experiences and reimagining old ones through a network of connected appliances, lights, temperature controls, security, entertainment systems, and a host of other innovative products and services.

Thread latency - which is the time taken to send a command, is super low as that to devices connected to Bluetooth, Zigbee, or Z-Wave. In addition to this, fewer potential points of failure, self-healing, quick response time and native IP communication across your devices remain among Thread's significant benefits.

When it comes to developing the Thread-based smart home IoT devices - Touchless UIs are gaining momentum in Smart Home devices.

While creating or shifting to a touchless interface, there are many things to consider including - smart home UIs, memory utilization, how controls and layout must adapt to support in-air gestures and how feedback is given for voice commands.

Besides this, adding voice interaction to embedded GUIs (Graphical User Interface) is crucial and has enabled immediacy and flexibility that will continue to explode in different IoT applications.

How Storyboard can Enhance the Development of Smart Home IoT Devices

Due to the explosive growth of IoT-connected devices and tech-savvy consumers, manufacturers of smart home and home automation products need to deliver user experiences that are visually stunning and reliable.

A WYSIWYG environment enables the device team to fully visualize how the final product will behave, allowing them to tweak and optimize the product in real-time. The result is a high-performance IoT device that is cost-effective.

Storyboard runs on a variety of devices and provides a communication API that allows it to integrate into any backend system. As Thread is providing that seamless connection between IoT machines, Storyboard is providing a seamless connection between the UI and the backend business logic, which may even include some of the information provided by Thread.

Visit us at Embedded World 2022 and accelerate your GUI development