How to build your next smartwatch UIs - without killing your battery. 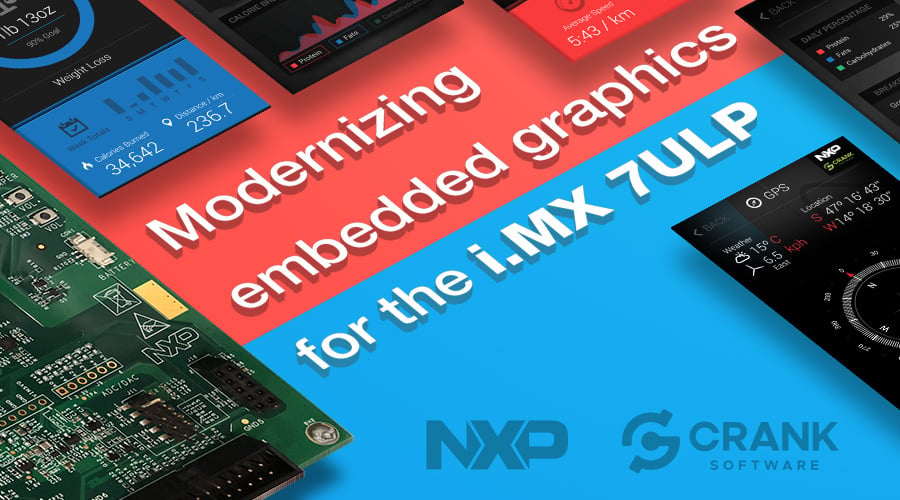 When I went looking for a forgotten smart watch charger while camping this past weekend, I cursed at the manufacturers who hadn't met my power needs. Yes, my girls were all over my watch playing with the graphics, but the fact my battery died hours before the sun went down was beyond frustrating.

For this reason, giving consumers a brilliant, touch screen experience that doesn't have a battery-sucking trade off is the goal of engineers globally.

Consider this: the present battery technology road map has a 2x capacity improvement every decade, while the power demand will probably increase at the rate of 2x every 18 months or so. This stat reinforces the need to continually innovate power solutions for small battery-operated devices.

Our partner NXP went to work on this several years ago and appear to have solved this challenge with the launch of the i.MX 7ULP - the lowest power consuming GPU enabled microprocessor on the market. It runs a rich OS, but operates at MCU level low-power all while having both a 2D and 3D GPU on board, which means future smart devices like the smart watch I want for Christmas is going to have an incredibly long battery life, while having ALL the features and fancy 3D and 2D graphics I didn't even know were possible.

Storyboard automatically optimizes UIs for both 2D and 3D rendering

With NXP’s i.MX 7ULP, users now have the option to use the 2D and 3D rendering capabilities. Usually, this choice is a simple one, since even with a 2D based UI the 3D GPU will provide greater performance. However, the 3D GPU will increase the power draw and drain your battery faster. Device manufacturers are left to decide between performance and power draw, until now.

The Crank Software team set to work and optimized the latest release of Storyboard’s Hybrid Rendering. Now embedded UI applications would take advantage of either the 7ULP's 3D or 2D GPU automatically based on the screen’s content. Now UIs can still leverage the 3D capabilities while not paying for the extra power draw when it isn’t required.

Now, Storyboard UI applications built for the i.MX 7ULP (among others that have both a 2D and 3D GPU) will immediately be assessed for the amount of power required, and only then will the optimal graphics engine be selected and switched to, based on what the user needs to do on the device.

How's that for making things easy?

No extra coding. No need to write additional software for the 2D and the 3D GPU. It's all done for you in the backend of our Storyboard engine.

We're hosting a live webinar with NXP to give you all the in's and out's of this unique capability of Storyboard, and to show you just how much easier and faster it will now be for embedded teams to get their brilliant embedded UIs with 3D and 2D graphics to market.

Register here to watch the webinar.

With these new family of microprocessors featuring both 2D and 3D GPUs, giving consumers a brilliant touchscreen 2D and 3D experience on smartwatches and other battery operated devices, no longer means a trade off with features or battery life. And with Crank Storyboard, a valued embedded graphics partner of NXP, we're making it easier for designers and developers to take advantage of these two underlying GPUs, by helping them create their applications faster - without having to worry about generating more code.