Crank recently contributed an article to RTC Magazine about how to reduce time requirements and improve the process of bringing an embedded UI to market.

Delays in getting an embedded UI to market are costly in terms of development resources as well as competitive advantage. The process is often lengthy and tedious, setting back launch dates and driving up development expenses. This can be improved using some best-practice approaches to speeding time-to-market. 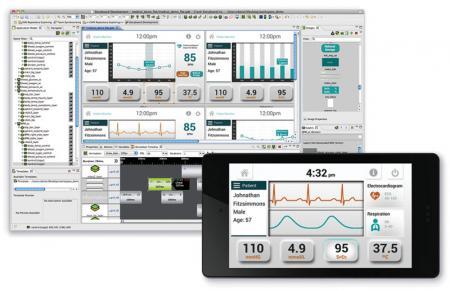 In traditional GUI design, a user experience (UX) or user interface (UI) team creates a prototype on desktop software such as Adobe Photoshop, Illustrator, HTML or Flash, submits it for approval, and then transfers it—for most of the remainder of the development process—to the engineering team. This design process presents the first major obstacle in time-to-market and is also what often results in a less-than-desirable UI. Once that critical UI design hand-off occurs, embedded system developers proceed to re-implement the prototype for the embedded system. The result is that the original prototype, in essence, becomes a throwaway, since the performance observed in the desktop application bears no resemblance to the performance of the target platform. As embedded system developers go about the process of re-implementing the prototype—and attempting to replicate the UI—they inevitably make changes and sacrifice features in order to fulfill their mandate, which is to make it run on the target. Read More >>>