What is the future of wearable app development? 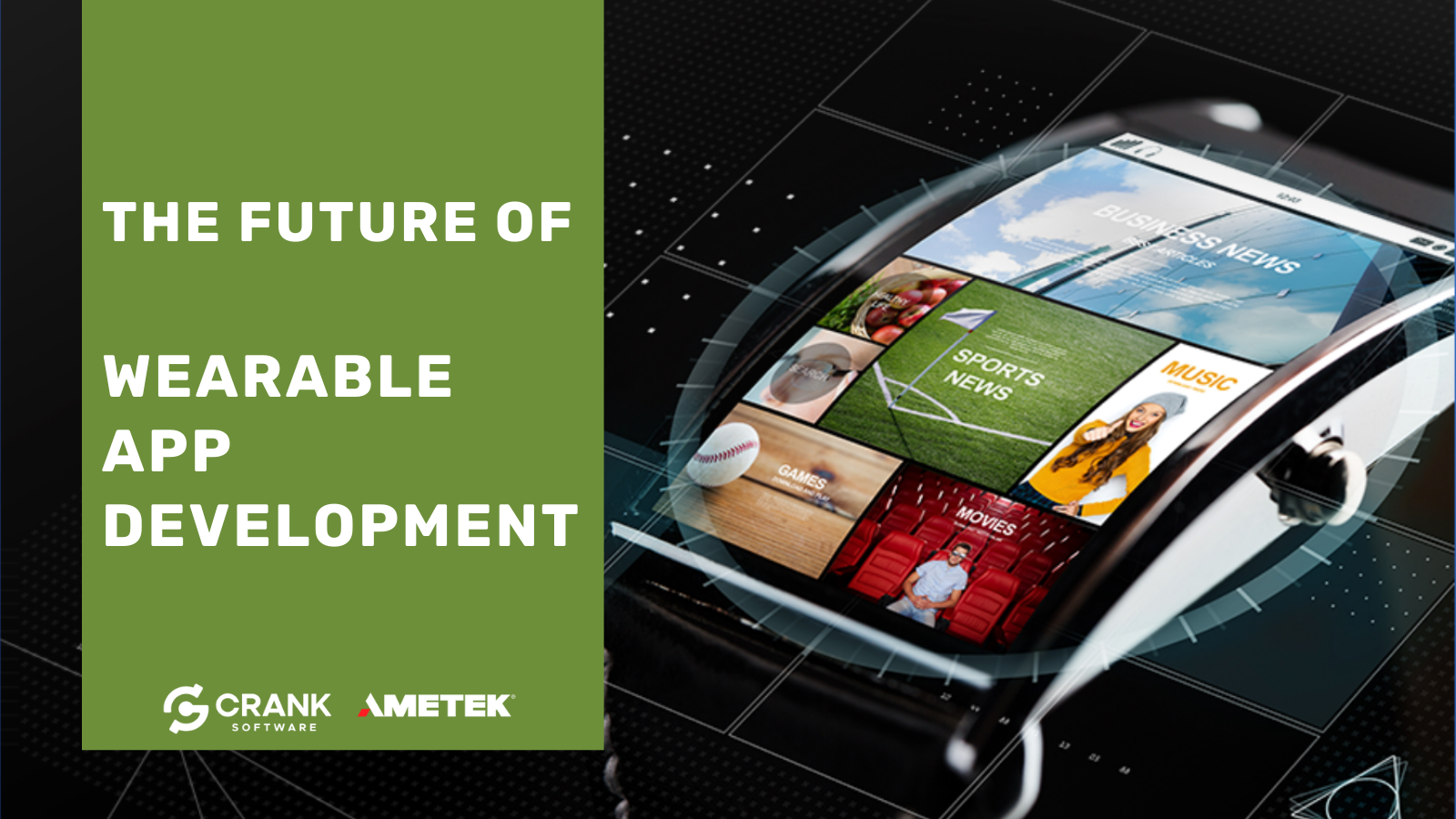 There’s a wearable war in our future and it won’t be the most powerful that wins. Alongside explosive growth in the overall industry, we’re seeing greater stratification in market share between wearable OS and hardware types. While Apple’s watchOS dominates today, others are gaining ground by taking advantage of highly efficient, lower-cost platforms that continually level up the features that consumers value most: Battery life and user experience (UX).

Unfortunately, embedded development OEMs know that it’s more like battery life versus UX, a continual tradeoff between power consumption and graphical features that drive smoother animations and more sophisticated visual elements. The future will belong to those teams that figure out how to build a rich wearable UX without paying the price for Apple and Android stacks.

1. Wearable OEMs need to do more with less power

There’s a somewhat misguided belief that the smaller or cheaper the platform, the less you can do with the GUI. Consider these two popular wearable platforms, one a cost-effective MCU and one a more expensive System-on-Chip (SoC):

The differences in numbers may lead one to believe that GUIs built on these platforms would look very different. While true from a raw capability perspective — if there’s no 3D GPU, it’s much harder to do 3D graphics — it’s more accurate to say that GUI quality is the result of application architecture choices, developer decisions, performance optimization, and designer-developer alignment that come together to maximize the available hardware.

For example, it’s fair to say that SoC-type devices are better suited to operating systems with high overhead costs. The Snapdragon above is used by brands such as Tag Heuer, Moto360, and Movado building on Google’s Wear OS. Some estimates say that this OS stack alone can consume up to 1 GB of memory and, depending on the capabilities of the device, components must constantly run to perform what the user expects (think: voice assistant or pedometer).

That’s a lot of memory cells for the battery to keep warm.

This leads to the ultimate UX differentiator for wearables: Battery life. People expect to charge their smartphones every day but they’re also accessed more often and do much more. Expectations for wearables are different:

“[Battery life is] the hardest piece of technology to advance. I think every year there’s been a few-percentage increase in power density in lithium ion cells...but you can’t bank on the fact that there will be a huge step forward in battery chemistry or battery technology. The biggest advancements always come from the processor makers, every year, the processors get better, the power consumption gets lower...and then you can do very smart things with software.” - James Park, Fitbit co-founder and CEO

Consider the significant increase in battery life by replacing what are essentially versions of Android or iOS with a leaner, more efficient RTOS that supports only what you need it to do.

Remember, a wearable device is NOT a smartphone, nor do users expect them to be in terms of comprehensive feature sets. What they do expect are the ease of use, rich graphics, and smooth animations that they’ve come to expect from their mobile devices.

Unfortunately, it’s the lack of a designer’s input or presence on the team that results in many of the “older-looking” GUIs churned out by embedded teams.

The future wearables market demands changes to this working model. By making the job of the designer equal to that of the developer, consumer expectations of beautiful and engaging content can be met, driving adoption and brand loyalty. The designer and the developer need to work in parallel while managing GUI iterations — in the same way that a developer spends time on encoding and datatype alignment to get images to load faster, a designer would tweak icons and menu levels to reduce task load on a user. Why not do both together?

Going from the designer's tools, like Photoshop and Sketch, right to deployment is the only way to ensure your product offers the best UX. Otherwise, development trade offs such as overruns in memory and power chip away at the optimal experience and are often done without the designer having the chance to compensate.

3. The GUI must decouple from the platform

Unlike a full-stack operating system like Wear OS or watchOS, building an app directly above an RTOS offers you more flexibility in application architecture and more control over power and memory consumers. For both performance and longevity reasons, there must be a clean separation between the user interface layer and the backend, with a well-defined data and events model in between.

Crank Storyboard takes this architectural approach, allowing the designer and developer to work together at the same time as they’re working on two self-contained components. This separation of concerns results in faster testing and iteration of both sides of the application and allows the designer to evolve the UX after design reviews or user testing with little to no impact on the code underneath. This also simplifies future updates to the GUI as only the front-end component requires updating as long as the data and events model is maintained.

The biggest strengths for the future of wearable app development can also be considered a type of weakness. Large developer ecosystems and marketplaces are a big benefit to OEMs but they come with the commitment to tech stacks that consume far more battery life than consumers want.

Wearable development companies with the expertise and tools to build lean, purpose-built devices will win the battery wars. This isn’t to say that the likes of Wear OS and watch OS will ever be replaced — there’s too big a clientele for that — it’s more about understanding that you can provide competitive advantages and smartphone-quality UX using MCUs and GUI development frameworks available now.